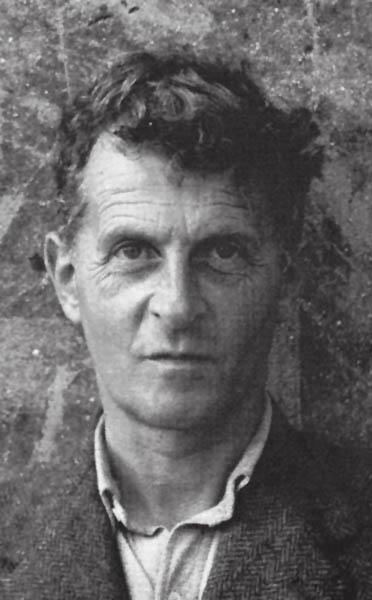 This slightly repetitive but fascinating New York Times op-ed piece (“Wittgenstein’s Confession”) takes us into a real-life dilemma of one of the 20th century’s most influential philosophers—Ludwig Wittgenstein (1889-1951).

The piece chronicles how the Austrian-British philosopher became obsessed about honestly grappling with his failings in his quest for self-improvement, and ultimately, self-transformation.

A few ethical blunders continued to haunt him from his days as a schoolteacher in rural Austria from 1920 to 1926. In 1937, Wittgenstein confessed to a confidant that he had once struck a schoolgirl for misbehaving. When confronted by the headmaster about the incident with the pupil present, he flatly denied his violent act.

On another occasion, Wittgenstein allegedly hit a “frail 11-year-old named Josef Haidbauer” who then “collapsed and fell unconscious.” Wittgenstein hastily dismissed the class and carried the boy off to the headmaster’s office. After a doctor was called up to examine the boy, Wittgenstein may have fled to avoid trouble. Nevertheless, his colleagues later acquitted him of any wrongdoing.

It’s all part of the philosophical self-flagellation that Wittgenstein eventually adopted, as evident in his journals. “I am cowardly beyond measure,” he once wrote.

Throughout the op-ed there is a lot of emphasis on Wittgenstein’s quest for self-honesty, desire to root out self-deception, and courageous acts (during WWI as a soldier in the Austro-Hungarian army he volunteered to serve in the death-filled trenches because he felt the experience would spur “self-development”).

What’s striking about this story, though not mentioned by the author, is that Wittgenstein grew up in a strict Catholic household. While he could not bring himself to adopt Catholic rituals and other formal religious practices, he famously quipped: “I cannot help seeing every problem from a religious point of view.” The confessional, so it seems, was part of the religious baggage he carried throughout life.

Working in philosophy is really more a working on oneself.

It shows that Wittgenstein was not afraid to blend ideas from his religious moorings into what he saw as a philosophical quest for self-transformation. “Working in philosophy,” Wittgenstein wrote in 1931, “is really more a working on oneself.”

The author of the op-ed rightly emphasizes ancient philosophy at this point. For such self-toil was part and parcel of the Socratic worldview.

Sadly, this brand of philosophy has been downgraded nearly out of existence. It’s not “concrete” enough for many philosophy professors in our universities. They tend to believe that ideas—and not even particularly good ones that can be put to use, but ones more suited to the career-advancing game of the specialist—can be conveniently detached from life and discussed in the abstract. Furthermore, for the academically cloistered, anything verging on “self-help” or the quasi-religious (as we’ve just seen in Wittgenstein’s case) is branded as “unsophisticated” or “naïve.”

What they neglect to consider is that Wittgenstein’s striving for self-transformation is foundational to Western philosophy. And with more and more people these days trying to find meaning through Scientology, or through some other quackery, or through whatever the latest technological gadgets can offer, isn’t “philosophy” as conceived of here—a humbling and never-ending sculpting of the self—more valuable than ever?

Repeating the much-maligned word, I dare say that Wittgenstein’s approach is nothing other than serious “self-help.” It’s a form of philosophy that has ancient roots, but has regrettably vanished from the universities. What’s left of it now is haphazardly lumped together with the many charlatans pedaling easy and quick fixes to life’s troubles under the broad rubrics of “self-help,” “motivational,” or “inspirational.”

Isn’t it time to prop up Wittgenstein’s version of philosophical self-help?

We want to hear what you think. Add a comment or leave a reply.