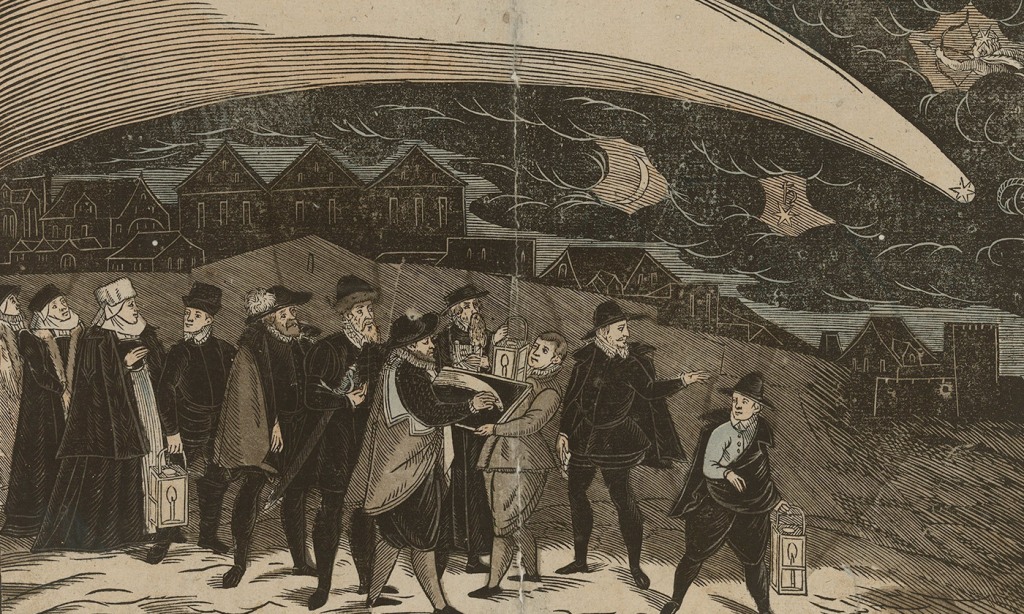 Various Thoughts on the Occasion of a Comet (1682)

For centuries in the West, the idea of a morally good atheist struck people as contradictory. Moral goodness was understood primarily in terms of possessing a good conscience, and good conscience was understood in terms of Christian theology. Being a good person meant hearing and intentionally following God’s voice (conscience). Since an atheist cannot knowingly recognise the voice of God, he is deaf to God’s moral commands, fundamentally and essentially lawless and immoral. But today, it is widely – if not completely – understood that an atheist can indeed be morally good. How did this assumption change? And who helped to change it?

One of the most important figures in this history is the Huguenot philosopher and historian, Pierre Bayle (1647-1706). His Various Thoughts on the Occasion of a Comet (1682), nominally dedicated towards taking down erroneous and popular opinions about comets, was a controversial bestseller, and a foundational work for the French Enlightenment. In it, Bayle launches a battery of arguments for the possibility of a virtuous atheist.

He begins his apology on behalf of atheists with a then-scandalous observation:

It is no stranger for an atheist to live virtuously than it is strange for a Christian to live criminally. We see the latter sort of monster all the time, so why should we think the former is impossible?

Bayle introduces his readers to virtuous atheists of past ages: Diagoras, Theodorus, Euhemerus, Nicanor, Hippo and Epicurus. He notes that the morals of these men were so highly regarded that Christians later were forced to deny that they were atheists in order to sustain the superstition that atheists were always immoral. From his own age, Bayle introduces the Italian philosopher Lucilio Vanini (1585-1619), who had his tongue cut out before being strangled and burned at the stake for denying the existence of God. Of course, those who killed Vanini in such a fine way were not atheists. The really pressing question, Bayle suggests, is whether religious believers ­– and not atheists – can ever be moral.

Bayle concedes that Christians possess true principles about the nature of God and morality (we’ll never know whether Bayle himself was an atheist). But, in our fallen world, people do not act on the basis of their principles. Moral action, which concerns outward behaviour and not inward belief, is motivated by passions, not theories. Pride, self-love, the desire for honour, the pursuit of a good reputation, the fear of punishment, and a thousand customs picked up in one’s family and country, are far more effective springs of action than any theoretical beliefs about a self-created being called God, or the First Cause argument. Bayle writes:

Left alone to act on the basis of their passions and habitual customs, who will act better: an atheist or a Christian? Bayle’s opinion is clear from the juxtaposition of chapters devoted to the crimes of Christians and chapters devoted to the virtues of atheists. The cause of the worst crimes of Christians is repeatedly identified as false zeal, a passion that masquerades as the love of God but that really amounts to politico-religious partisanship mixed with hatred of anyone who is different. Bayle’s survey of recent religious wars demonstrated in his mind that religious beliefs enflame our more violent tendencies:

We know the impression made on people’s minds by the idea that they are fighting for the preservation of their temples and altars … how courageous and bold we become when we fixate on the hope of conquering others by means of God’s protection, and when we are animated by the natural aversion we have for the enemies of our beliefs.

Atheists lack false religious zeal, so we can expect them to live quieter lives.

Yet Bayle does not fully establish the possibility of a virtuous atheist. The kind of behaviour that he focuses on is merely superficially good. In Bayle’s time, to be truly good was to have a conscience and to follow it. In the Various Thoughts, he doesn’t declare that atheists can have a good conscience. In fact, Bayle’s pessimism reaches its pinnacle in a thought experiment involving a visit from an alien species. Bayle claims that it would take these aliens less than 15 days to conclude that people do not conduct themselves according to the lights of conscience. In other words, very few people in the world are, properly speaking, morally good. So atheists are merely no worse than religious believers, and on the surface they might even appear morally superior. While this is less ambitious than claiming that atheists can be completely virtuous, it is still a milestone in the history of secularism.

Because [atheists] do not believe that an infinitely holy Intelligence commanded or prohibited anything, they must be persuaded that, considered in itself, no action is either good or bad, and that what we call moral goodness or moral fault depends only on the opinions of men; from which it follows that, by its nature, virtue is not preferable to vice.

The challenge Bayle undertakes is to explain how atheists, who do not recognise a moral cause of the Universe, can nevertheless recognise any kind of objective morality.

He offers an analogy with mathematics. Atheists and Christians will disagree about the foundation of mathematical truths. Christians believe that God is the source of all truth, while atheists do not. However, metaphysical disagreements over the source of the truth of triangle theorems make no difference when it comes to proving triangle theorems. Christians and atheists all come to the conclusion that the sum of the angles inside every triangle is equal to two right angles. For the purposes of mathematics, theological views are irrelevant. Similarly for morality: whether one believes that the nature of justice is grounded in the nature of God or in the nature of a godless Nature makes no difference. Everyone agrees that justice requires that we keep our promises and return items that we have borrowed.

Bayle’s most surprising argument is that Christians and atheists are in agreement about the source of the truths of morality. The vast majority of Christians believe that God is the source of moral truths, and that moral truth is grounded in God’s nature, not in God’s will or choice. God cannot make killing innocent people a morally good action. Respecting innocent life is a good thing that reflects part of God’s very nature. Furthermore, according to Christians, God did not create God’s nature: it has always been and always will be what it is.

At bottom, these Christian views do not differ from what atheists believe about the foundation of morality. They believe that the natures of justice, kindness, generosity, courage, prudence and so on are grounded in the nature of the Universe. They are brute objective facts that everyone recognises by means of conscience. The only difference between Christians and atheists is the kind of ‘nature’ in which moral truths inhere: Christians say it is a divine nature, while atheists say it is a physical nature. Bayle imagines critics objecting: how can moral truths arise from a merely physical nature? This is indeed a great mystery – but Christians are the first to declare that God’s nature is infinitely more mysterious than any physical nature, so they are in no better position to clarify the mysterious origins of morality!

According to the Canadian philosopher Charles Taylor, our age became secular when belief in God became one option among many, and when it became clear that the theistic option was not the easiest one to espouse when theorising about morality and politics. Through his reflections on atheism over three decades, Bayle demonstrated that resting morality on theology was neither necessary nor advantageous. For that reason, Bayle deserves much credit for the secularisation of ethics.

This article was originally published at Aeon and has been republished under Creative Commons.

We want to hear what you think. Add a comment or leave a reply.